The Grammar GuideAdverbsShould I use "a bit of" in a sentence?

Should I use "a bit of" in a sentence? 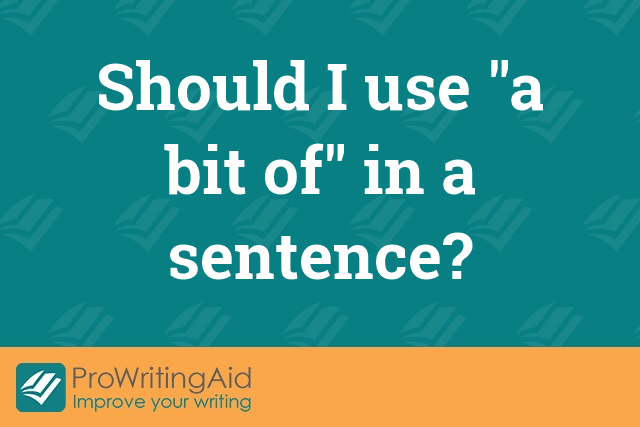 Many writers use "a bit" or "a bit of" in their sentences to indicate a small amount of something. However, both "a bit" and "a bit of" can be a) redundant or b) vague.

In this example, the words "a bit" give little or no additional information so it is redundant. In fact, the second sentence is stronger without it.

When writing, you should aim to use more specific language to indicate how much of something you are actually referring to.

In descriptive writing, you can take the opportunity to paint a picture:

Adverbs
It's vs Its: When Should You Use Them

Adverbs
US spelling vs UK spelling

Adverbs
What is a sticky sentence?

Adverbs
Why You Should Use Action Verbs in Your Cover Letter

Adverbs
How to Write a Gender Neutral Job Description

Adverbs
What's the proper way to use adverbs?

Adverbs
How should I use commas with "not only... but also"?

Adverbs
What's the difference between "alternatively" and "alternately"?