How to Create God Characters for Your Fantasy World

TAGS:
writing fiction
how to write a novel
worldbuilding 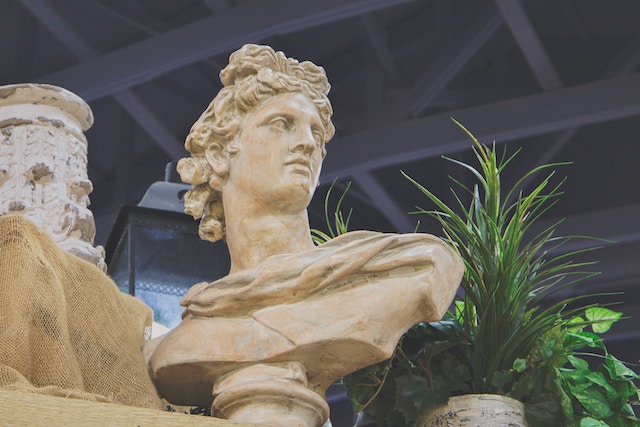 If you’re writing science fiction or fantasy, your world probably has gods. Consider how every society on Earth has a creation myth, an end-of-times myth, and more.

Myths are powerful tools in your world-building arsenal. They’ll help you decide how many gods you need, if you need different religions and stories, and how active your god(s) are in your story arc.

Let’s look at gods in science fiction first. Then we’ll take a peek at fantasy.

Science fiction often has characters who travel between many worlds. Each world could have its own distinct set of gods. While you need not spend days, months, or years creating gods for different worlds, having a general idea of how they differ is a must.

Consider how science doesn’t negate religion. Many people you know are still fervent believers, even when faced with scientific evidence. So think about how religion could interfere with or guide your characters in new worlds. For example, Christian missionaries have traveled the world trying to spread their faith. You could have characters wanting to spread their religion across galaxies.

Fantasy stories sometimes have a priest who has powers either received directly or indirectly from a god or gods. These active gods have more of an effect on your story, which makes your story more interesting. You could have main characters on a mission for their god pitted against enemies on a separate mission from their god.

If your fantasy world has several humanoid species, do they each have their own gods or will they share? Think about how sharing gods between all species makes your story easier to manage. But having individual gods that affect how each species behaves and their beliefs might be more interesting. They’re bound to clash over religion.

Most gods have powers; however, not all powers are necessarily equal. You might have a single god with multiple powers that meld nicely together. Say your god of war can also control certain elements like fire and wind. Or you may give each god individual powers, with one or two more powerful than the rest. This could lead to an uprising either between the gods or their followers.

Part of determining how powerful your gods are is figuring out whether they can procreate. If your gods can have children, are these children more or less powerful than their parents? Can your gods mate with their followers to create demi- or half-gods?

Also think about the relationships between gods when considering their powers. For example, your god of life could be the twin of your god of death. Your gods could be friends or enemies, but most importantly, they should have conflicts between them.

Now think about where your gods live. Do they live in an alternate universe not accessible by your characters or do your characters need to visit them at some point? If your story comprises a trek to beg for help from a god, it should be a pretty arduous journey. Don’t put them on a mountain top named Olympus though. Be more creative!

Other questions about your gods’ lives include:

If someone can kill them, it must be due to a drastic method. For example, can gods kill other gods? Not any mere mortal should be able to slay a god unless he or she gets hold of a powerful weapon or uses powerful magic. Or maybe your gods are vulnerable to nature or technology. But you shouldn’t have a peasant with a staff kill a god unless that staff has amazing powers.

Can gods interact with or hurt the species in your world?

Maybe the gods have a pact between themselves to leave your species alone, but one rogue god breaks the agreement with devastating results. In this case, you should certainly create an end-of-times myth your species believes in.

Can your gods create life?

If so, what is your creation myth? Was there only one god who created your world or several? If your gods can’t create life, how was your world created? Or maybe creation was a huge secret that will reveal itself at the end of your story or in a sequel.

What characteristics do your gods have?

Are they basically good or evil? Are your gods liars, thieves, or other nefarious sorts? Or do they uphold a certain code or creed? You need to know what’s true and what’s not as you create your world.

What kinds of things do they do to each other or mortals?

Sometimes gods’ behaviors and actions could serve as warnings to your characters. Do they have a reputation for anything in particular, like wrath or cruelty?

What names do they have?

Do they have titles like "God of Love"? Do they have any nicknames? Are they patrons of anything on your world, like Patron of Lovers or Patron of Hunters?

For example, do they have a humanoid form, an animal form, or are they monsters? You can also identify your gods by other means like seasons or elements.

Start with traits. What are they gods of? For example, the God of Love might be kind and benevolent and might carry a bow and arrow (a little cliché perhaps). There should be only one God of Love though. He or she can have other traits like the God of Spring or the Patron of Children. For the main things like love, hate, war, etc., stick with one per god.

You can borrow traits from gods in Greek, Roman, or Norse mythology, mixing and matching to create your own unique pantheon. Can you combine them in different ways to create something new? For example, Zeus is the father figure, the leader, and he can father children with mortals. Maybe your story doesn’t have a father figure but instead has several who can procreate with human women. Maybe your God of Fire carries a lightning bolt. Use your imagination.

You can make lists of gods based on things you need in your world like a god of war or a creator god. Or you can start with Earth gods and re-imagine them.

Whenever you are world building, you’re in charge of creating the gods in your world. Every world has religion and myths to explain its creation and how it will eventually end. The only difference is, when it's your story's world, you get to choose!

wendygoerl
"Probably has a gods" Somewhat embarrassing for a writing-aid site, isn't it?

hannah.catto
This was so helpful but I have an assignment due tomorrow about gods and goddesses sadly:<

amy.cohen
Good luck with the assignment!

marcellakrieger160
I dont have a name for my goddess because her name has been hidden by herself and is written in a forgotten tongue that she created. She is the goddess of magic, literature, luck, and mother tongues. I'd like her to be a character that is mentioned time to time and attracts the reader.
Thanks! I’ve been fascinated with fictional deities and wanted to write my own, so this is very helpful as a starting point. :)

kyle.kucera1
Thank you for your comment! We're glad our article could help with your writing. :)