Series Arc: The Art of Telling Stories Over Multiple Volumes 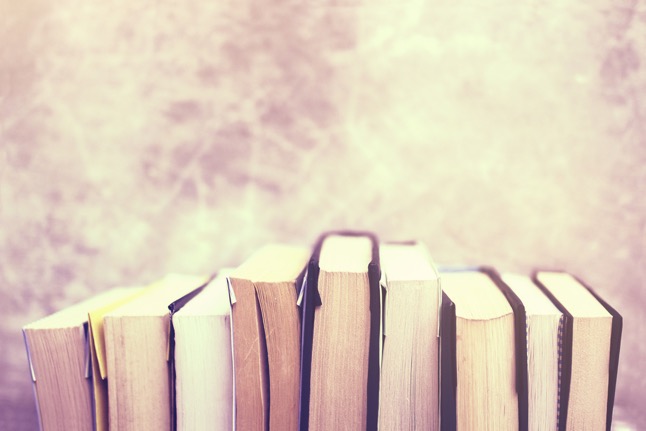 The Lord of the Rings. A Song of Ice and Fire. The Dark Tower. Harry Potter. These are among the greatest works in recent memory. And they’re all series.

As you might imagine, planning a long series over multiple volumes is a challenge for many writers. After all, writing one book is hard enough. Writing several interlocking books? That’s when things get hectic.

Fortunately, we’ve got some tips that can help you write that ten-volume epic. In this post, we’ll share them with you. Let’s get started.

What Is a Series Arc?

At its most basic, a series arc is the trajectory of your overall story from book one to the final entry. Think of it in terms of a TV show. Your series arc is the story of the entire show, from pilot to finale. Each book in your series is like a season of a show.

How Do You Start a Series Arc?

Common wisdom will tell you there are two kinds of writers: pansters and planners. Pantsers write by the seat of their pants. They don't plan before they write. Instead, they see where the writing takes them. Planners, on the other hand, carefully outline every beat of their stories before writing them. Most writers lean one way or the other, yet end up somewhere in the middle.

Either approach is sound. But here’s the thing: If you want to write a series, you need to embrace the planner mindset—even if you’re not a planner.

Think of yourself as a house builder. You’re crafting rooms and hallways, connecting them all to make one big house. If you applied the panster method to this project, imagine the disjointed feeling guests would have when they step inside. You don't want them feeling like they're stepping into a new house every time they step into a new room! A plan at the start makes every room feel like part of the unified whole.

This is nothing against pantsers—it's just a logistical issue. If, for example, you're pantsing a novel and you realize your protagonist's eyes should be blue, not brown, it's no problem. You can go back and change that detail. Yet if you're writing book three and you come to that same realization, it's too late to change—you've already written books one and two! This is why outlining is so important for a series.

That said, it can be a loose outline. Very loose. Take George R.R. Martin, author of the classic A Song of Ice and Fire series. A self-described panster (or gardener, in his words), Martin began writing his epic fantasy series in a very pantser way. Here’s how it happened:

“Chapter one of the first book...just came to me out of nowhere. I was...at work on a different novel, and suddenly I saw that scene. It didn't belong in the novel I was writing, but it came to me so vividly that I had to sit down and write it, and by the time I did, it led to a second chapter…”

Imagine that. The entire series began with no plan, all from a single scene of a family finding direwolf pups in the snow. From there, Martin has written five books, with a sixth and seventh on the way (someday).

Yet there's a hint of planning in this series, as evidenced by Martin's assertions that he knows how things end up. He has an idea for the trajectory of the series, and he writes each book as part of that plan. Maybe he doesn’t have a formal outline written down, but clearly, he’s got a direction.

How Do You Plan Your Series?

A series arc is a story arc, only on a larger scale. And since you’re already a great storyteller, you have the skills and tools needed to construct this arc.

If you’re having trouble starting, start with the ending. Yes, the ending of your entire series. I know this might sound like a daunting task. You might be thinking, How do I write the ending when I don’t even know what the beginning looks like?

Well, you need not write it in any detail. It could be as simple as The heroes vanquish the villain, or The protagonist sacrifices herself to save the world. That way you have a North Star for your series.

Next, think of how each entry in your series builds towards that goal. J.K. Rowling’s Harry Potter series is a great example. The series arc is all about destroying the Horcruxes, magical objects that house pieces of Lord Voldemort’s soul. Each volume advances that arc.

So the series arc here is the defeat of Voldemort as told through seven volumes. Each volume helps build toward the conclusion, just like chapters within a book. Whether or not J.K. Rowling had a clear image of her final chapter, she clearly had a vision of what her series was about, how it ended, and how she got there. That’s what we’re striving for.

Can You Write Them All as One?

If you want to be the ultimate planner, you might write your entire series in one go.

Not many people know this, but J.R.R. Tolkien’s Lord of the Rings trilogy was written that way. He wrote the entire thing, and only after it had all been completed did Tolkien’s publishers suggest slicing it up into three books.

Many independent authors have adopted this strategy of late. They write their entire series, then stagger release dates of the subsequent entries by just a few months.

This might be the most extreme way to write a series. Yet many authors have great success with it. Worth a shot if you have the time!

Whether you're a planner or pantser, whether you'll write your series in parts or all as one, there's no better time to get started than now. Write that series!

davidmbutcher
Hello Kyle. The comment you make about Prisoner of Azkaban being the odd one out is not necessarily true. In that book a lot is revealed about the time before Harry, how the murder of his parents happened and why. The fact that Voldemort is not physically present does not mean he is not there. His influence and hold over the main characters is apparent and the wizarding world is shown to be a place of terrible darkness as well as a place of light. The Watchtower series by S.King - not sure if he planned that out but in 'On Writing' he says he never outlines. Whereas Terry Brooks always outlines according to his book 'Sometimes the Magic Works'. Terry Brooks writes that authors who outline are less likely to let characters fizzle-out because they are in the outline as they are important to the whole story. I find that some characters are devices only and take on more of an NPC role in a story. These are there for enabling situations and dialogue to drive character development through their interactions with the main characters.