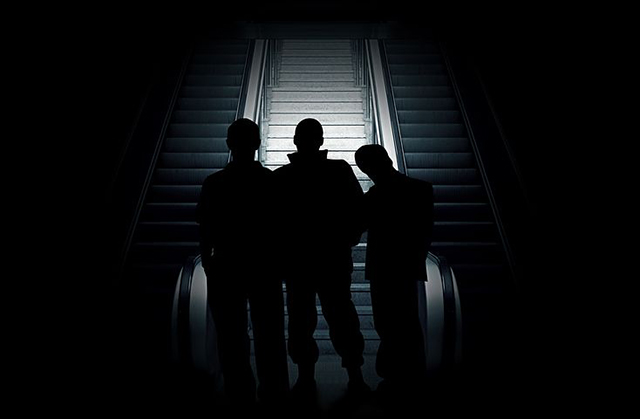 We’re going in-depth into characters this year, using Orson Scott Card’s Elements of Fiction Writing: Characters & Viewpoint. You can get the book from Writer’s Digest. And you can read our earlier posts on characters here:

Now, onto this new lesson per Mr. Card.

"Not all characters are created equal"

You know stories have major characters and minor ones. But are you aware of the three levels of character importance?

These are the characters that show up for a single scene and then disappear. The pizza delivery man or the postal delivery person, both who deliver and leave, unnamed and never to be seen or heard from again.

These are background people, much like scenery. They help you flesh out your novel with a bit of realism or they have a simple function to perform. And then they’re gone. Readers don’t think of them again.

Walk-ons are usually stereotypes. This is the one time a stereotype fits. However, when you create a stereotype walk-on and give them an eccentricity, you’ve elevated that character in your readers’ minds. They’ll expect to read more about them. So for walk-ons, stick to the stereotype and move on, and they’ll disappear into the scenery.

Minor characters have a small part to play in your novel. They may affect a plot twist, but your readers don’t get intimately involved with them, evoking neither good nor bad feelings. They play their part and then mostly vanish from the pages. You might learn a little about their desires and actions along the way, but once they’ve fulfilled their purpose, they’re gone.

Minor characters usually have an eccentricity that you exaggerate to make readers notice them. But you don’t want to create depth in this character; you don’t want readers emotionally invested in them. And you don’t start the first scene of your novel with a minor character because readers will expect him or her to play a much larger role.

Your protagonist, antagonist, even the main character’s best friend, sibling, or mentor are people we either love or hate, depending on how you draw them. We understand them; we know where they came from and what they want most in life. The story is about them, and you must wrap up their story threads at the end.

A main difference between major and minor characters is how much time you spend on them. Introduce main characters in the first scene of your story so readers can discover your cast and invest in them.

Here’s what sets apart your major characters from the rest:

So where do you draw the line between these three levels? You don’t. The line blurs. Let’s look at an example.

Aaron and Renee are the main characters of your story. The story is about them, and readers follow them through trials and plot twists. But Renee’s business partner, Mallory, plays an important mentor role, so your reader gets a little invested in her. And Aaron’s brother, Greg, and his boss, Scott, are also fairly major as they help Aaron and Renee through some of their trials and tribulations. Then you have quirky players your readers will certainly remember, like the yogi trash collector who spouts Zen affirmations as your characters leave for work every morning. And there’s Amy, Renee’s secretary at work, who is minor, but somewhat important.

The three levels are not black and white; they shade into each other. But trust that your readers are savvy enough to consciously or unconsciously rank them according to the order above.

How to make readers care about your characters

Now let’s get down to the details. To hook your readers, you need to make them care about your characters. And the more tension you generate and emotions you evoke, the more attention your readers pay.

In a nutshell: raise the stakes to make readers love or hate your main characters. Let’s look at ways to ratchet things up.

Suffering pain can be a physical or emotional sensation. Consider how physical agony and immense grief can suck your readers in. Not that they will feel the character’s suffering, but it intensifies what the reader feels. You want readers to sympathize when the main character suffers a setback or cheer when he or she defeats the antagonist.

Raising the stakes through your characters’ suffering requires a level of degrees. Intense physical torture is hard for a reader to take for long passages and is best kept brief. You want to evoke physical and emotional suffering somewhere in between the trivial and the overly ghastly. And the more you repeat physical or emotional suffering, the more it loses its effectiveness. When pain and grief become unbearable, you lose your audience.

When your main character decides to sacrifice him or herself either physically or emotionally, it can evoke intense emotions in readers. She has self-chosen to suffer for the greater good. On the flip side is when your antagonist willingly causes pain on another character. It evokes sympathy for the victim and loathing for the antagonist.

Deliberately causing pain or sacrificing someone else can make an antagonist stand out even more memorably than your main character.

It used to be that writers would put their characters in untenable situations that raised the stakes, but were in the end overcome. Think about the damsel in distress tied to the railroad tracks. As a reader, you know she will be saved, and so it has lost its effectiveness. But when you as the writer show that your antagonist means his threats by having him carry one out, you’ve just raised the stakes exponentially.

A nice romance thread in your story can raise the sexual tension to an almost unbearable level. When your reader encounters male and female main characters, they expect sexual tension, so you better deliver. The more you can ratchet up the anger, contempt, or rivalry between these two, the more intense the sexual tension.

Realize that when your characters finally come together, that tension dissipates. It’s hard to sustain sexual tension for the long haul.

Wuthering Heights is full of storms crashing and raging across the moors, underscoring the turbulent mood of its main characters. Your signs and seers don’t have to be cataclysmic or quite as intense. Not every storm must rage for a reader to get the effect; sometimes drizzle works just as well.

The Immortalists by Chloe Benjamin uses a relatively minor character, a fortune teller, to create an almost unbearable tension for the story’s four main characters. Read the book to see how deeply affected their lives are after a single visit to the seer.

Crank up the stakes. Use these techniques—subtly and deftly or almost unbearably—to grab your readers by the emotional coat-tails. And don’t let go until the end of your story.

What’s the most memorable high stakes you’ve created for a character? Let us know in the comments below.

gwenmherzog
Thank you for this well thought article on making the main character(s)come to life in a story, and having the reader care about them or hate them such as the antagonist. And you remind the writer not to repeatedly dramatize the suffering and the protagonist's pain, instead withholding his or her extreme emotions. This could be done with backstory, descriptions, and interaction with another main character. Make a special relationship between two intimates (main characters) to strengthen their character traits who must have a flaw, I think, to be interesting. Easy to say, but hard to construct the perfect protagonist and his or her main characters.

jlnickymaster
I created a character that while traveling through space, discovers a raw energy source on an unclaimed planet. He files claim, settles in with some friends, and begin to produce and bottle the material. Another species comes to battle for control and ownership of the unprotected planet. A new wife and child ratchets up the concerns. The planet itself has some strange inhabitants that add some conflict. And, in the end the life or death struggle of survival, finding love, winning the battle, and death become the highest stakes.