What Is a Plot Hole?

Somehow, your story doesn’t feel right, and you don’t know how to fix it. If that has happened to you, you’ve probably encountered a plot hole.

In the worst cases, plot holes feel as if part of the story plot is left out, and readers will be left wondering what happened. But there are more.

A plot hole, or plot error, is a logic fail in your storyline. It is any inconsistency or gap that counters the logic in a story’s plot.

If you feel the problem, your readers will sense it too. So, you’ll want to tackle those illogical places to spark up your story.

Novice writers can spend energy agonizing over a place that isn’t working, endlessly rewriting a scene or adding more details. Before you add pain to misery, do what professional writers do. Follow a process to stop the pain.

The key here is to move on. Come back during a later editing stage to see if the problem is still a problem. In the meantime, you can use the quick fixes below to stop you from stalling.

These ten quick fixes will help you get past the different kinds of plot holes you might find in your story.

You’re writing a scene and discover that you don’t know how to load a semi-automatic, cook a dish that hides a perfect poison, or start making a bomb that will threaten the town square.

Save the details for editing. Write as much as you can without the exact data. Be creative. Make it up. You may find later, when you do your research and fact-checking, that you are closer than you thought. Mark the passage with a check later mark—three Xs, for example. Then keep writing.

Your characters feel as though they are moving in slow motion and your action scene feels like a soap opera. Sure, the story is moving forward, but it’s boring and slow.

Change up your language. Rather than adding more details to your blow-by-blow account, make your language snappy.

George was the biggest guy Lily had ever seen. He was a giant. How could she get past him and out of the cellar? She looked up and thought: If I don’t do something fast, we’ll all be dead in ten minutes. She saw an old broomstick leaning against the wall. It was the only available weapon. She swung it as the big man reached for her. A wave of satisfaction surged through her as she turned to her teammates.

Lily looked up. A giant.

Without thinking, she grabbed an old broomstick and swung, eyes closed.

The second example conveys the same meaning as the first, but it’s far more engaging.

This is not the time to think about word count. Make the action swift. Your readers will feel the sequence.

Of course, you won’t write the entire story this way, but you’ll add juice to your sagging action scene.

3. You Need to Fix a Flat Character

Maybe you’ve based your hero’s sidekick on your college roommate, but now that sidekick is, well, not adding to the story.

Forget the old roommate. Stop trying to be literal. Add something weird. Give him an obsession. The weirder, the better. Jars full of buttons? Your character stops to pick one out of the gutter, just as the action gets going. She never cooks, but collects recipes online, loves old 3x5 collections at yard sales. She finds one in the murder victim’s home and covets it to the point of removing evidence.

Unleash your imagination, and have fun with the character.

Your story is moving along. You finish a scene or a chapter, and even with a rough outline, you don’t know what comes next in the story. 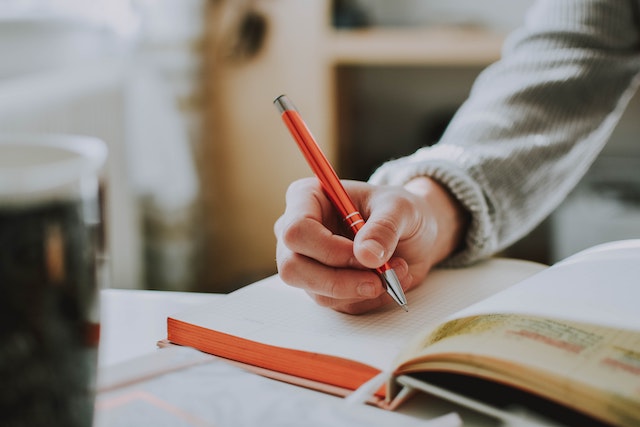 Give yourself ten minutes. Grab your notebook or open your computer note file. Brainstorm ideas. No judgment. Just keep writing down ideas. Keep an open mind, and one of those ideas will be the one for what comes next.

You’ve reached a turning point in your story. Your reader needs to know the information, but you don’t want to overload them with an info dump. You know it will slow down the story, and readers will skip or stop reading.

Use dialogue or internal monologue. Your character grabs the nearest person and talks about making their decision. Or, give your character an internal debate:

I should tell him upfront.

But, he doesn’t deserve to know my feelings.

Shouldn’t I let Monica tell him?

No, she doesn’t understand, and she’ll take his side.

Why should I tell him, anyway? Isn’t that what the police should do?

Damn the police. They don’t know he was with me when the money was stolen.

If he isn’t guilty, then it’s up to me to help him. It doesn’t matter that he was cruel that night.

You get the idea. Your readers will appreciate that you left out a long narrative passage.

Forget your high school teacher saying you need transitions. You don’t have to tell everything.

Pick up a popular novel in your genre. You’ll see that stories move from one scene or chapter without long exposition. If the next sequence moves forward in time, add a quick time notation: later in the afternoon, the next morning, that night. If you tell the next chapter from another point of view, jump right in.

Your story will move faster. Readers can make inferences and make connections. Show your reader you respect their intelligence.

7. You Need to End the Story

So far, your story has been full of excitement, suspense, action, and tension. Now you’ve come to the conclusion and feel that tying up every loose end feels formulaic and boring. The story was exciting, and now the ending has no oomph.

You don’t need to save every storyline conclusion until the end. Instead of wrapping up all the subplots at the end, stagger most subplot conclusions before you reach the main storyline climax. If the sidekick falls in or out of love, they do it before your protagonist has that final climactic scene. That way, your main story carries the impact of the final scenes. You’ll invigorate your conclusion as you focus on your hero’s success or failure.

8. Your Novel’s Too Long for the Genre

You had so much fun writing your novel, and now it turns out you went overboard. Way overboard. You need to cut 10,000 or 20,000 words to appeal to your genre’s readers.

If you’re struggling, try ProWritingAid’s Sticky Sentences Report. This will let you know which of your sentences contains too many “glue words.” These are words with very little meaning used to stick sentences together. 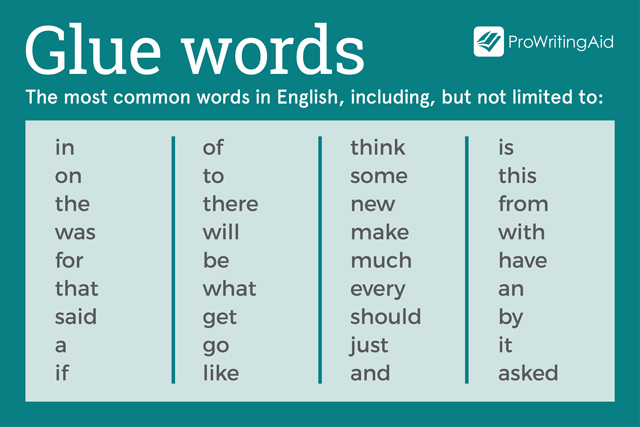 Sometimes we overuse these, forcing our reader to fight through them to get to our meaning. Take these examples:

Sticky: After I woke up in the morning the other day, I went downstairs, turned on the stove, and made myself a very good omelet.

Rewrite: I cooked a delicious omelet for breakfast yesterday morning.

Now our word count is lower, and we’ve omitted needless glue words, bringing the percentage down to 33.3%.

When a character acts strangely, it is often based on a lack of believable causation. The character may have a motive for an action, but the motive isn’t strong enough to make the action believable. Or, your story fails to explain the character’s motive, making it seem like there’s no cause for the action.

You may sense the character is evolving, but the story lacks the proof of the evolution. You may have failed to show the character’s inner motivations in a reaction scene.

You may not need to cut the “out-of-character” action. Dig deeper to clarify motivations, then explain those motives for the reader.

It can happen. Your story goes off track. A secondary character starts to take over. Or your protagonist loses sight of the story goal.

Beef up your storyline. A strong storyline gives your main characters things to do. It won’t be so easy for another character to derail the story.

Go back to your character development and work on your main characters. Give them strong goals that will drive them through the story. Examine their deep motivations. For example, not just catch the killer in a mystery, but how catching the killer fits with your hero’s values and life goals.

The Story Logic Is All Yours

Once you’ve identified the plot holes, and considered ways to fix them, rewrite the sections that need change to make the story coherent.

Only you know the logic of your story. But because a novel is long, it’s hard to spot the inconsistencies while you are writing. When you put aside the story for a couple of weeks and then read to edit, you approach your story with a critical eye—the eye of the reader.

As you read your novel, read as a reader. It’s a mind trick to approach the story as though you know nothing. You’ll discover any remaining places where the story may not make sense, and now you have the tools to fix them.