How to Write a Logline: The Complete Guide 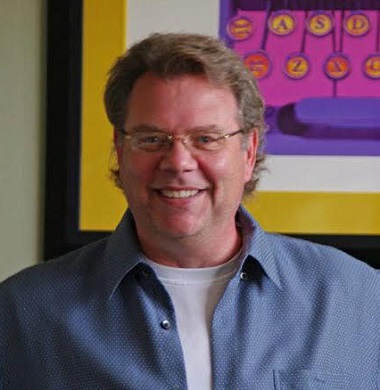 We know that lots of you are working on novels, screenplays, memoirs and more. Whatever you're writing, it's important to have the right tools in your kit when you start sharing your work with agents and editors. A logline is a key part of that toolkit, but is something that writers often struggle to produce by themselves.

This year, we gave members of the ProWritingAid community the opportunity to work on their loglines live with Story Development consultant, Jeff Lyons. He shared some insightful feedback that we thing most writers will find useful as they begin to work on their own loglines. Catch the replays of these fantastic sessions below, and keep reading to find out more about what you need to create a stellar logline that sells.

In this article, you'll find out what a logline is and how you build one. You can find out more about building your loglines in my previous webinar, How to Write an Effective Logline for Query Letters:

Armed with this basic information, you'll write a logline that you can continue to work on and improve with the tips I shared in our recent Live Loglines Lab. Keep reading until the end to catch the replay.

But first, the basics.

What is a logline?

The logline is not your story; but it is the narrative essence of your story that conveys the high concept, the tone, and core emotion of your premise, and does all this in one short sentence (or two). That's a lot. This is a workable definition that gives you an idea of what the logline represents in terms of what you're trying to achieve.

Why do you need one?

Query letters are often your first step: your foot in the door of an editor. You want to start your query letter off with a logline (or have it very near the top). You only get one chance to make a good impression, so you want that logline to be on target. It is often the first chance you get to talk to an agent or to talk to an editor at a publishing company.

You also need it as part of your pitching process. The premise line, which is a whole other animal, is also part of that pitching process, as is a short and long synopsis or a very detailed chapter breakdown. But the logline is sort of the first step in: if the logline grabs them, then you do the premise, and then they'll usually want to see more of your work.

The structure of a logline

Unlike premise lines, loglines are cookie cutters; they are little machines. A logline is made up of the following components, pretty much in this order.

What is the world of the story? It's a dystopian future. It's a heist set in 1920s Chicago. It's a family drama that takes place in a cabin in the woods. Capture it in very few words.

Then you want to identify the protagonist. Never by name; always a guy or a gal, or a man, or a woman—someone who has some flaw. It doesn't have to be this deep, precise moral component (as I call it). It could just be that they're furious or guilty or controlling. Give some sense of what is driving them emotionally, what's going to color them as a character in the story.

Then you give the goal or the challenge they're facing. What does your protagonist want? The guy's going after the money. Or, the guy wants to go after the money, but he's being dogged by his nemesis in the FBI and he's about to get arrested. So, the story is really about him getting out from under this guy in the hunt, not about wanting to rob the bank. It's a goal or a challenge.

You want to set up the opposition. Who's the main opponent? The opponent must be personified. It cannot be the city of New York; it cannot be the weather; it cannot be the ether. It's got to be something that's tangible. If it is a force of nature, then it has to have a representation in the form of a god or a person or whatever. You need a human opposition in stories because you need that focus. Are there stories that don't have that focus and are both fun and work? Yeah. But usually, those writers are superb writers. For the vast majority of us mortal folk, we need that focus. The reader is going to need that personification.

Finally, the protagonist is going to have a choice or a decision to make, which is going to lead them into some action. One thing you do not want to do in your logline or your premise line is to end it with, “And then a cool thing happens at the end you're going to really like.” You don't want those kinds of platitudes. If you know what happens at the end of the story, state it! What is the choice the protagonist is going to have? What decision are they going to make? Choices and decisions are different: choices lead to action and decisions filter your choices. They are different things, but it all has to lead to some action being taken. Notice that this is about a protagonist. It's not about multiple people. It's not about an environment. It's very focused on a central character.

When you write loglines, you write it literally in this order—that's the machine. The strategy to make this work is to first find these structure elements—these seven pieces—and get those solid, then worry about the wording.

Once you know that you’ve got all the pieces in place, then you can tweak it and get the marketing copyright and get it really genre specific. This is a cookie cutter in that I'm giving you a very specific, formulaic way of doing this—but it works.

What does this look like in practise? Let’s look at an example.

In a world where Supers hide in the shadows [WORLD] a woman with super strength and anger issues [PROTAGONIST AND PROBLEM] discovers the super villain [OPPONENT] who once forced her to kill against her will is still alive [CHALLENGE], and must decide whether to run for her life or find and kill him, before he enslaves her again [DECISION AND ACTION].

Does that give you more information, more charge, and more of a sense of what the dramatic action is going to be than the hook? I hope you think yes. It doesn't tell you the entire story—it's not the beginning, middle and end—but it tells you those core components.  If you were to read that as an editor, I think you would find that worth pursuing, at least to get another phone call or to talk to the writer.

The way to be successful with this is to first approach a logline structurally, and we are going to do this together in class. We're going to find the pieces.

Two things are potentially going to happen here that will be problematic, and therefore the premise line usually needs to come first, before you have your logline. I'm going to be asking people questions and they will not have the answers. Not bad or wrong, just the way it goes.

Who's the opponent? What kind of choice are they going to make at the end? What is the world? What's the main conflict? Etc.

You can't write a logline until you have answers to the basic structure questions. You'll be left writing vague statements to fill in those gaps in whatever way you can, and it's going to come off mealy mouthed and wishy-washy. So if you can't identify the basic structure of your story, then you need to figure out the structure of your story as much as possible, and who the characters are, before you tackle the logline.

Once you've got the structure, then tweak the wording—get it all nice and shiny so you think you're confident with it. But before you send it out to anybody, develop a little bevvy of beta readers: people you trust, who know what they're doing. Not your mother, who I'm sure is wonderful. Unless she's a world-class writer, then use your mother. Find people who know what they're doing, who are also writers.

Take your logline and unit test it like you would any product. Here it is. Give me notes. Tell me what's working and why you think it's working. Here's what's not working. Tell me why it's not working. Get the feedback. Invaluable feedback like that is just incredible. But make sure they're people who are going to tell you the truth and not what you want to hear. That's why your mom is usually not the best resource.

There you have it—now you have the beginnings of a great logline. Make sure to bring it along to our free Live Loglines Lab on November 19 to receive personalized feedback on your logline.

Now you can continue to work on your logline. Watch the replay of my Live Loglines Lab below for more tips and tricks:

Jeff Lyons is traditionally published author, screenwriter, and story development consultant with more than 25 years' experience in the publishing and entertainment industries. His writing has appeared in Writer’s Digest Magazine, Script Magazine, The Writer Magazine, and Writing Magazine (UK). His books, Anatomy of a Premise Line: How to Master Premise and Story Development for Writing Success and Rapid Story Development: How to Use the Enneagram-Story Connection to Become a Master Storyteller, are published through Focal Press.