Antagonist vs Villain: What’s the Difference? Writers sometimes use the terms antagonist and villain interchangeably, but if we take a closer look, antagonists and villains serve very different functions in a story.

Read on to learn more about the difference between antagonist vs villain, and how to use each in your writing.

The villain in your story is the character whose primary motivation is malicious destruction. They’re usually the main antagonist of the story, causing the biggest source of conflict for the hero.

Some examples of popular villains include Voldemort in Harry Potter, Darth Vader in Star Wars, President Snow in The Hunger Games, and the stepmother in Cinderella. Each of these characters actively enjoys causing harm to the hero. It’s important to make your villain strong enough to challenge your protagonist, or better yet, even stronger than them. When the hero appears outmatched, you create page-turning tension for your readers.

If you’re writing a villain, here are some attributes you should give them:

In addition to all the attributes above, it’s also important to make sure your villain stands out from the other villains in literature we’ve all seen before.

Many writers create two-dimensional villains who have no personality traits aside from simply being villainous. The problem with that, of course, is it can lead to a boring story with a cookie-cutter “bad guy.”

If you can, try to give your villain a nuanced personality and an interesting set of motives. A strong and memorable villain needs to be actively evil in a unique way.

Here are some examples of personality traits you can use:

Can I Have Multiple Villains?

Generally, a story only has a single villain. That’s because the villain is the protagonist’s main opponent.

Some franchises and series have multiple villains, but in those situations, only one main villain is featured in each installment or episode. For example, Batman fights the Joker, the Penguin, the Riddler, the Scarecrow, and countless other villains in the Batman comics.

Sometimes individual stories have multiple villains, though this is much rarer. If you go this route, though, you should be careful not to overwhelm your readers with too many bad guys, since that can overcomplicate the story. 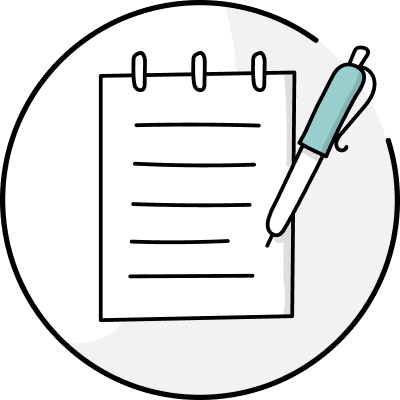 Love writing? ProWritingAid will help you improve the style, strength, and clarity of your stories.

An antagonist, also referred to as an antagonistic force, is anything that prevents the protagonist of a story from reaching their goals.

Antagonists don’t have to be evil. They don’t even have to be human. All they have to do is stand in the way of the protagonist’s goals.

Often, antagonists are other characters who have their own goals and their own obsessions. Unlike the villain, they don’t necessarily take pleasure in causing the main character harm—they just happen to have desires that conflict with the protagonist’s desires.

Many antagonists are compelling characters in their own right, since they’re not necessarily bad people. They can even go through character development and grow throughout the course of the story.

Sometimes, characters that serve as antagonists in one part of the story become allies in another part of the story. That’s because their goals might change in a way that helps the protagonist.

Some examples of well-known antagonists include the titular white whale in Moby Dick, Draco Malfoy in Harry Potter, the Stormtroopers in Star Wars, and Katniss’ rival contestants in The Hunger Games. Here are some more examples of antagonist roles in a story:

You need various types of antagonists in your story to build tension and move the story forward. When nothing happens and the protagonist has no challenges, there’s no conflict, which means there’s no story.

Is an Antagonist a Villain?

The villain is almost always an antagonist. In fact, they’re usually the main antagonist of the story because they provide the main source of conflict for the hero.

For example, if the hero’s main goal is to bring peace to the world, then the villain’s main goal might be to kill as many people as possible. These two goals directly conflict on a level that drives the entire story.

On the other hand, not all the antagonists in your story are villains.

For example, let’s say the hero’s main goal is to bring peace to the world, and their overprotective father refuses to let them leave the house at night to fight crime. In this case, the overprotective father means well—he probably considers himself a good guy—but he’s still an antagonistic force because he’s making it hard for the hero to achieve their goals.

Conclusion on Antagonist vs Villain

There you have it—a complete guide to the differences between an antagonist and a villain!

Once you have identified your antagonists and created a masterful villain, you can fill your story with obstructions and tensions that keep your readers engaged.

Love writing? ProWritingAid will help you improve the style, strength, and clarity of your stories.

Get started with ProWritingAid