Blog Grammar Rules Then vs. Than: How to Use Each Correctly

Then vs. Than: How to Use Each Correctly 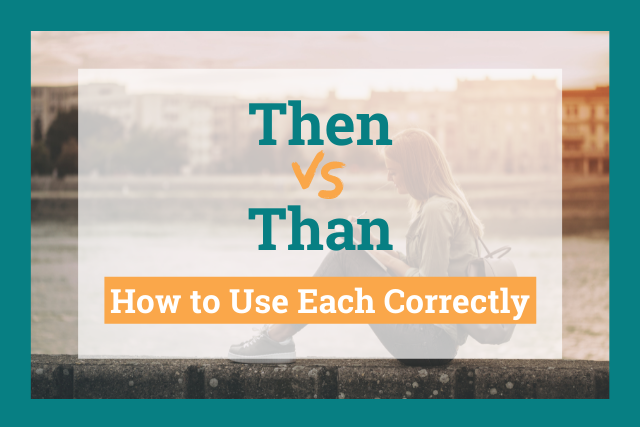 Many writers mix up the words then and than because they sound alike, even though they have different meanings.

So how do you know which one to use?

This article will explain the difference between these two confusing words and give you tips for remembering which one to use.

Then vs. Than: What’s the Difference? 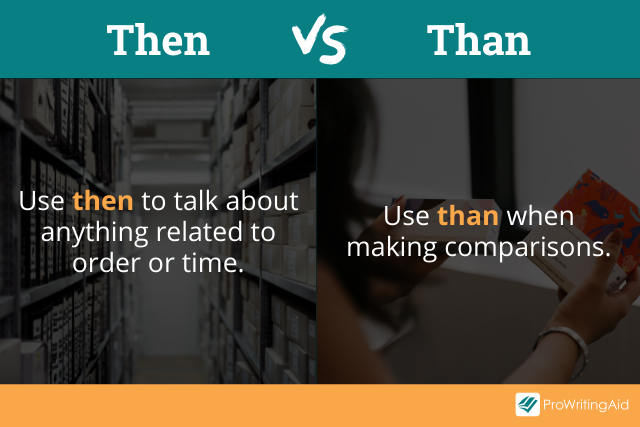 Here are some sentences that use than:

The word than often follows a comparative adjective, such as taller, stronger, or bigger.

If you’re wondering which word to use, and you’ve just used a comparative adjective within the same clause, you probably should be using than instead of then. 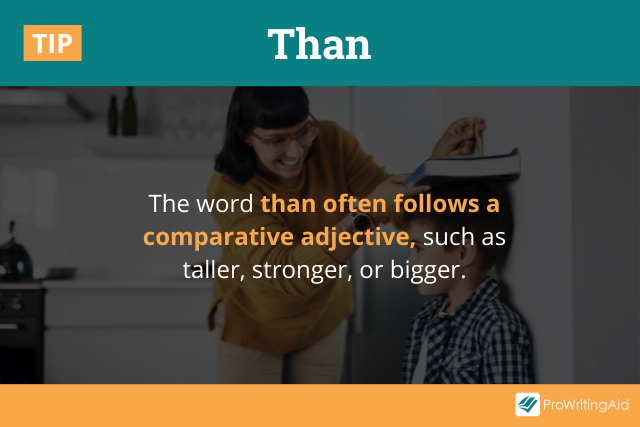 In contrast, we use then to talk about time and order.

Here are some sentences that use then:

The word then is commonly used as a synonym for subsequently. If you’re not sure which spelling to use, you can try swapping the word for subsequently to see if you should be using then. 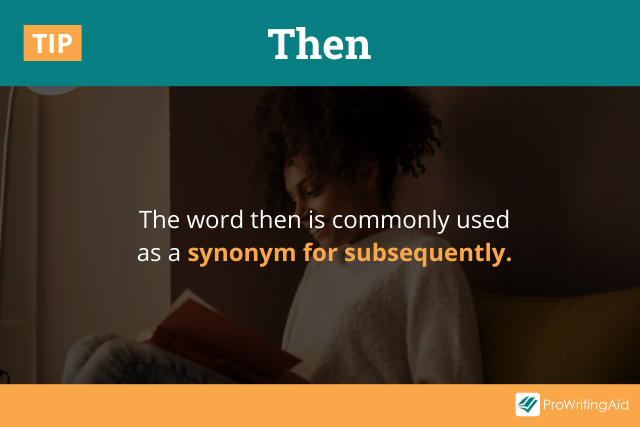 Examples of When to Use Then vs. Than in a Sentence

There are many common phrases that contain then and than, which many writers tend to get confused. Take a look at the following examples.

More Then or More Than?

The correct phrase is more than, not more then, because it’s used to make a comparison between two things.

Better Than or Better Then?

The correct phrase is better than, not better then. Like more than, it’s used to make a comparison between two things.

In fact, you could substitute the word better than with more good than.

Even though it would be grammatically incorrect to phrase it that way, substituting it in your head can help you figure out whether than is the right word to use.

Other Than or Other Then?

The correct phrase is other than, not other then. This phrase is more of a contrast than a comparison, because it emphasizes the difference between one thing and another.

Just Than or Just Then?

The phrase just then means “at a particular moment.” Because this phrase is related to time, it uses then, not than.

Back Than or Back Then?

The phrase back then means “at a particular time in the past.” Like just then, this phrase is related to time, so you should use then instead of than.

Every now and then is a phrase that means “from time to time” or “occasionally.” Because it is related to time, it uses then, not than.

Then Again or Than Again?

Then again is a phrase that you use when you have a new thought that’s different from what you just said. You can think of it as a synonym for “on the other hand.”

This phrase is a little trickier than the others we’ve covered, because it doesn’t relate as directly to time or order.

To avoid misspelling phrases like this one, you simply have to memorize the correct spelling. You can also use a grammar checker like ProWritingAid to make sure you’re using the right word.

And Than Some or And Then Some?

And then some is a phrase that means “and even more.” It uses the word then because it relates to time. Picture someone holding an armful of objects, and then having to pick up even more.

What other similar words in the English language do you tend to mix up? Let us know in the comments.