ProWritingAid
ProWritingAid
Blog The Writing Process Inventing Characters: A Character is What He Does, His Motives, and His Past

Inventing Characters: A Character is What He Does, His Motives, and His Past 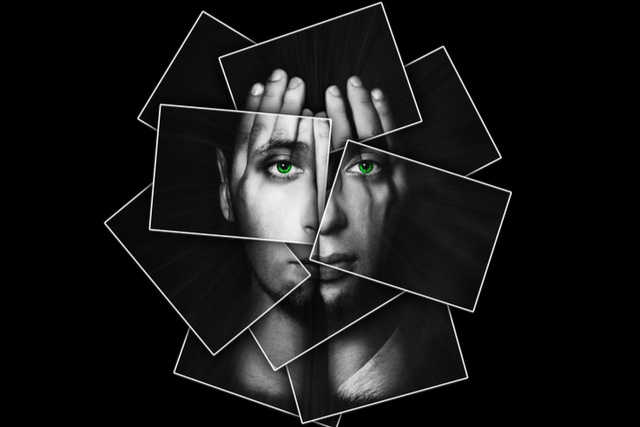 Let’s change things up a little. For our newsletter articles, we’re going deep into creating unforgettable characters. Then we’ll provide an essential reading list for 12 different genres. You get double bang for your buck: an in-depth look at a specific aspect of character creation and a suggested reading list to help you study the masters.

If you haven't already signed up for our newsletter and don't want to miss some amazing articles, you can do so at the bottom of this post.

Let’s dive right in to character inventing. We’ll be referring a lot to Orson Scott Card’s Characters & Viewpoint, from the Writer’s Digest series Elements of Fiction Writing. If you’re not familiar with Mr. Card’s substantial works, read Ender’s Game before the movie comes out in March 2018. And then download Characters & Viewpoint from Writer’s Digest or check a copy out of your local library.

Get to know your characters better than you know most people

Orson Scott Card says out of the multiple ways to get to know someone, the most powerful and the ones that make the strongest impression are:

Let’s look at these and a few other ways of getting to know your characters.

What your character does

Think about the holiday parties you just survived. Now imagine if you’d seen a woman spilling her drink, laughing loudly, and generally calling attention to herself. You would make a snap judgment about her. It’s OK, we all do it.

What would you think if you saw a man and woman meet each other for the first time at a party and saw them not too much later intimately locked together on the dance floor? Or what would you think about the friend who told you a secret "absolutely no one else knows," only to find out several other people heard versions of the same secret?

Now think about Ian Fleming’s James Bond. At the beginning of every movie, Bond is in the middle of some intense action. He’s running from bad guys or he’s chasing bad guys. The scene always wraps up in Bond’s favor, and we see him with the Bond girl and a martini, shaken not stirred. What do we know about Bond from his actions? He’s suave, he’s debonair, he’s brave, cunning, and quite clever. And he has the best spy toys ever.

We know all that in the first 15 to 20 minutes of the movie. The writers and director didn’t tell us. We all saw it on the screen.

If your main character looks at her phone, taps in a few things, and hops in her car with an Uber sticker on it, you can assume she’s an Uber driver. Or if another character steals a loaf of bread, you assume he’s a thief, but with it being food-related, there might be extenuating circumstances. That’s where the next element comes in.

When someone steals food in a story, we wonder what’s the motive, don’t we? Almost everyone has either read or seen Les Miserables. Jean Valjean had a pretty strong motive for stealing bread, one that made us empathize with him rather than abhor him for breaking the law.

Let’s go back to our example of the woman at the party who’s making a spectacle. What if her best friend is throwing the party and in walks the friend’s ex-boyfriend, for whom she still pines? The woman may be drawing attention away from the hostess dashing from the room with tears streaming down her face.

What if you found out the friend who was telling different versions of the same secret to everyone felt horribly alone and depressed during the holidays? This was her attempt at getting close to someone—anyone—so as not to be by herself on Christmas day.

You can imagine any number of scenarios with the man and woman meeting for the first time. Maybe they’re both spies and the meeting was planned. Or their actions would mean something different if you knew she was trying to get over the loss of her baby and partner in a horrible accident while he was a player looking for someone weak to prey upon.

Orson Scott Card brought up an interesting scenario in his book. What about someone who tries to do something, but fails? Card gave the example of a man pointing a gun at the governor, but the gun doesn’t fire. And a woman dives in a pool to save a drowning man, but he’s too heavy for her to get out of the water. You would still look at the man as an assassin and the woman as a hero, even though he didn’t actually kill anyone and she never saved anyone. As Card puts it in his book:

Knowing someone’s past helps us understand who she or he is today. You may meet a beautiful woman at a dinner party and only know her by her actions there. But what if the hostess told you beforehand that the beautiful woman had grown up as an ugly duckling in a cruel family and didn’t see herself as anything but ugly still?

Or what if the hostess told you she was the CEO of a major corporation who had just laid off thousands of employees right before the holidays—one of which was your partner.

And what if you found out the beautiful woman had been held captive as a slave in another country since she was a teenager and had recently gotten away from her captors?

Each of these scenarios would make you look at this woman differently, right? So people are what they’ve done, but also what’s been done to them in the past. As Card puts it:

"Our past, however we might revise it in our memory, is who we believe that we are; and when you create a fictional character, telling something of her past will also help your readers understand who she is at the time of the story."

Other elements to consider

Whew. This first post was a long one because we had a lot of ground to cover.

Now think about the first time you met your best friend or your partner. Each of the elements discussed above are different ways of getting to know people. It’s also how your readers want to get to know your characters. Cover them thoroughly in your story, and you’ll create another Katniss Everdeen, Ender Wiggin, or Anakin Skywalker.