Learn the Meaning of OFC

It’s a question everyone’s been asking. It’s the initialism few of us understand. We've seen it on TikTok, we've seen it in our texts, but what does it mean?

OFC. How can three letters be so confusing?

In this article, we'll examine the term OFC and figure out its definitions. All of them.

OFC Is an Abbreviation For...?

The answer to this question is a matter of context. It’s not like FBI, which pretty much only stands for one thing. Rather, OFC has a wildly different definition depending on how it’s used.

In texting and internet slang, OFC means "of course," with the F standing for a naughty word (I’m sure you can guess which one). 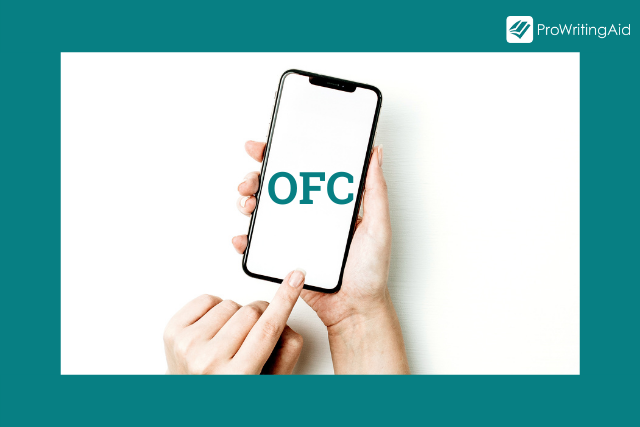 In writing, OFC stands for "original female character." When encountering this initialism in the wild, one of these two definitions is likely the one you were looking for.

Granted, there are other definitions, such as "Oceania Football Federation," and "Oxford Farming Conference". But it's safe to say those are less likely to be the ones you're after.

If you're unsure, focus on the context. If you text a friend asking if you were playing board games tonight and they reply with "OFC," they mean the sassy "of course". If your writer friend asks for constructive feedback on their OFC, they probably mean original female character. And if you’re reading a business paper, it’s probably "operating cash flow" with a typo. Okay, maybe not that one.

Who Can Use OFC?

Questions like these might seem funny, but there’s a reason this article and others like it exist. Initialisms can be confusing, especially when they’re used so frequently and with such different meanings.

Though anyone can use OFC, it’s probably most appropriate to use it amongst friends. The F in the middle is, of course, a profanity, so if you use this term with a stranger, you might very well rub them the wrong way.

One should almost never use it in an academic or professional setting (unless you’re texting a coworker who is also a good friend, or some similar situation).

ProWritingAid's variety of writing style options ensures that your language matches the intended context; what you write in a casual text message probably wouldn't be suitable for a business pitch. 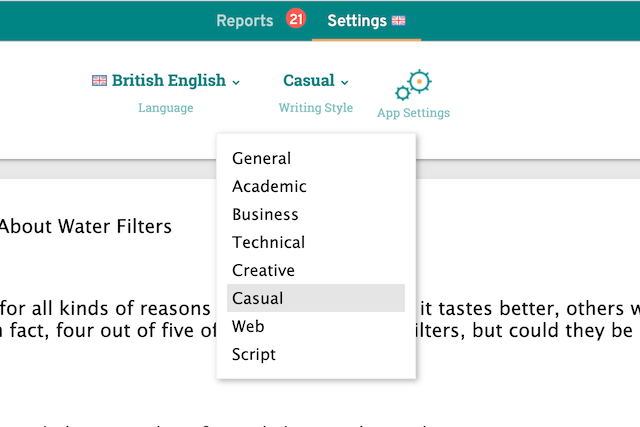 As previously mentioned, writers may use the term OFC as well. It's a less common use, but since we're all writers here, it’s worth delving deeper. 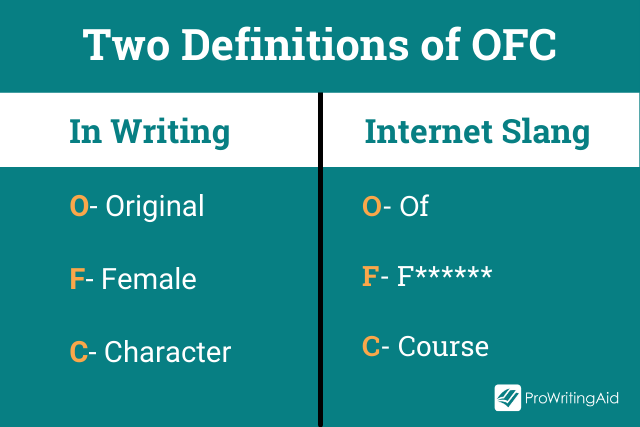 Of course, fan fiction is a controversial form of storytelling. Some feel it’s akin to plagiarism, while others see it as the ultimate love letter from a fan to an intellectual property. Sometimes, fan fiction might even be a springboard to an original work; this happened perhaps most notably with the novel Fifty Shades of Grey, which originated as Twilight fan fiction. 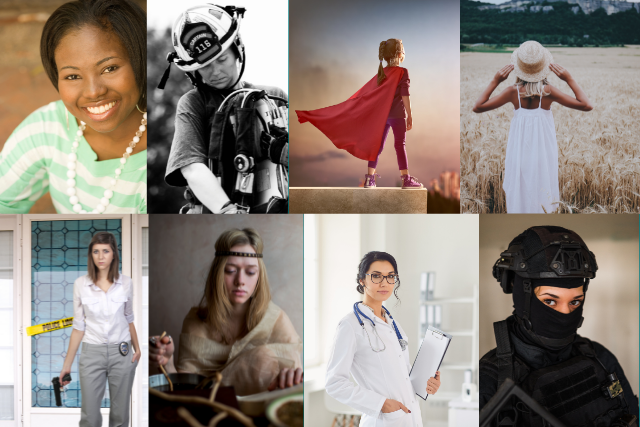 Of course, this definition is less relevant in original works, since it’s assumed that all the characters appearing in the work would be original. It’s not like J.R.R. Tolkien borrowed Lucy Pevensie from C.S. Lewis’s The Chronicles of Narnia series to join the fellowship. However, there are some niche cases where this might be appropriate.

For example, take Neil Gaiman’s epic The Sandman comic book series. Though it’s an original work, it also borrows heavily from history and mythology. Therefore, there are some characters that are OFCs and some that aren’t, technically speaking.

For instance, Rose Walker is a character invented by Gaiman and the artists for the comic book series—clearly an OFC. But there is also Bast, the Egyptian cat goddess, who is not technically an OFC since she was created by the ancient Egyptians, not Gaiman. Even Gaiman's version of Death, though an original take on the character, is not technically an OFC, since we've seen personifications of Death throughout stories and cultures.

When Should OFC Be Used?

This is ultimately a matter of context, so use your judgment. Here are some heuristics that might help. 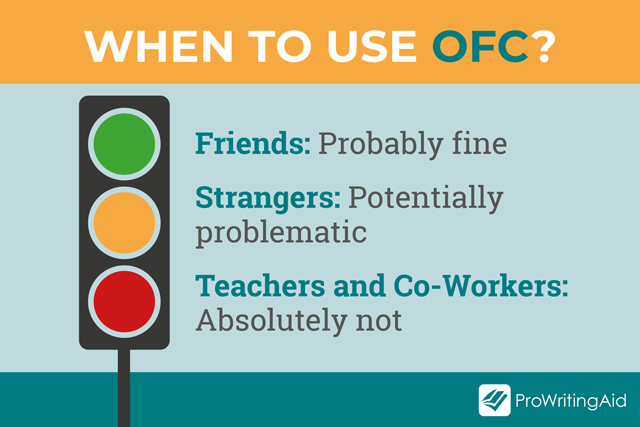 OFC is generally acceptable in text messaging, though it’s probably more appropriate for friends than for, say, grandparents or bosses. For example, imagine you received this text from your grandmother:

Are you still coming over for tea at noon?

If you respond with…

That’s probably not going to go over well. Remember what the F stands for and keep in mind that there is a slightly sarcastic connotation to the words. 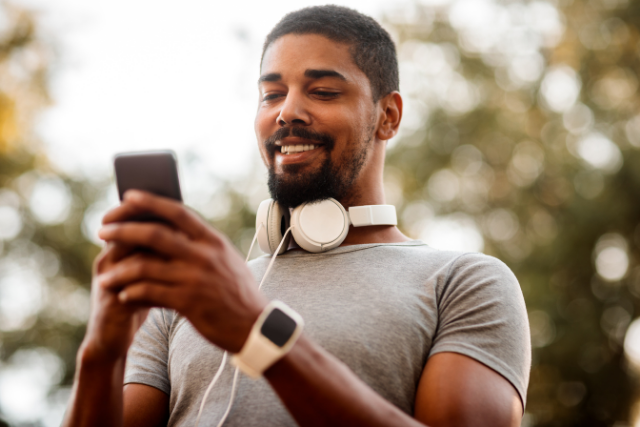 It makes far more sense to use it with friends, especially those you’ve known for a long time and who would appreciate the humor. For example:

Friend: Are we watching a Nicolas Cage film tonight?

If you're texting with an employer or coworker, the term is likely to appear crass, unless you’re especially friendly with the person outside work.

The same rules apply to email. When emailing a friend or someone with whom you have a good rapport, the term is fine. Otherwise, it’s probably best avoided. Coworkers are unlikely to respond well to an exchange such as:

Coworker: Hey, can you please send me that report by noon today? 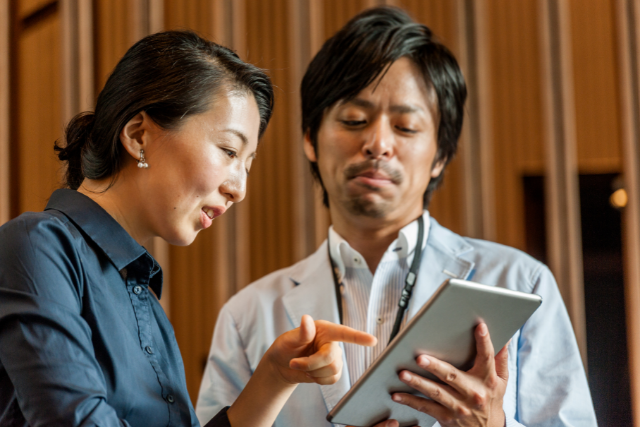 Avoid using OFC in academic papers as well. This should probably go without saying, but there are still some students who can’t resist adding text message and internet language to their papers. Consider this sentence:

When Washington crossed the Delaware, he stood towards the prow of the ship, OFC.

That type of flippant slaying is unlikely to earn you an A.

OFC, meaning original female character, is far more flexible. There really aren’t many situations where it would be unwise to use the term. There might be some incorrect or inaccurate applications, like the ones we noted, but for the most part it’s a term to use whenever appropriate.

Whenever you’re referring to an original female character, it's acceptable to use OFC instead.

How Is OFC Connected to Mary Sue?

OFC and "Mary Sue" are linked terms, since the latter is often a subset of the former. A Mary Sue is a fictional character (usually young, usually female) who has unrealistically few (if any) deficiencies. Like OFC, the term originates from fan fiction, since Mary Sue characters are often OFCs inserted by the author and therefore seen as idealized author surrogates. 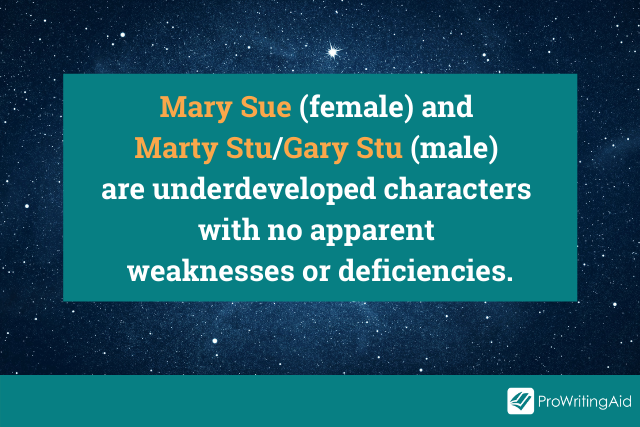 Mary Sue has become a controversial label, especially with the aforementioned Rey from the newest Star Wars trilogy. Some fans criticized the character for being a Mary Sue, arguing that her natural skills with the Force, mechanics, and combat seemed unrealistic.

However, other fans note that the same criticisms are rarely aimed at male characters; though Marty Stu and Gary Stu are equivalents, they’re used far less often. Debates like these continue across all storytelling mediums.

Where Does OFC Come From?

No big secret here. Like its sister terms LOL and OMG, OFC simply uses the first three letters of the words it abbreviates.

The confusion surrounding OFC likely comes from its relative disuse compared to these others. That's likely because the "F" in the middle prevents its use in many contexts. Plus, it simply comes up less in conversation.

Is OFC an Acronym or an Initialism?

A bit of a tangent here, but we’ve noticed that many people are unsure about the difference between the two. OFC is technically an initialism, not an acronym.

Why? Because an initialism is an abbreviation in which each letter is spoken individually. Some common examples:

An acronym, on the other hand, is an abbreviated phrase in which we say the letters as their own word (even if they don’t make a whole lot of sense). For example: 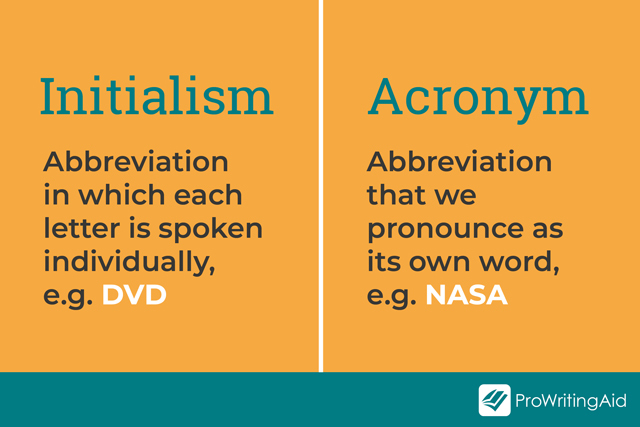 So what about our star phrase? Well, since we pronounce OFC as "O-F-C” rather than, say, “off-ick,” it’s an initialism and not an acronym.

If you'd like help tracking all the acronyms (and initialisms!) in your text, try using ProWritingAid's Acronym Report. It shows you where you define your acronyms and where they still need defining, if anywhere. Make sure you use it, otherwise you might confuse your readers. 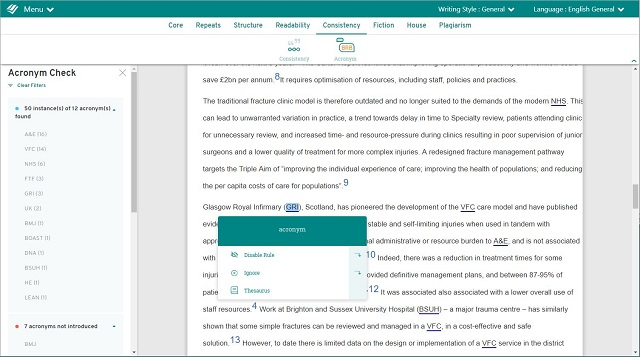 What Does OFC3 Mean?

This is an interesting variation that some wonder about. Based on my research, OFC3 has little to do with internet slang, writers, or even the other abbreviations we discussed.

This variation refers to the human brain. Specifically, it’s about the orbitofrontal cortex, number three. According to crcns.org, this refers to “High-frequency activity of human orbitofrontal sites during decision-making play.”

Feel free to research further. However, since this definition is outside the purview of this article, we will leave it at this: OFC3 is a scientific variation having to do with the human brain.

Though we’ve covered the most common definitions of OFC, there are many others that you might encounter. Here’s a brief list, in no particular order:

Remember, context matters. If you’re unsure which OFC you’re dealing with, check the context surrounding the word for hints. Though these are definitions to be aware of, they’re realistically not the OFCs you’ll run into most often.

OFC That’s the End of the Article!

Who knew three letters could be so confusing? But now that you know what they mean, spread the word around. 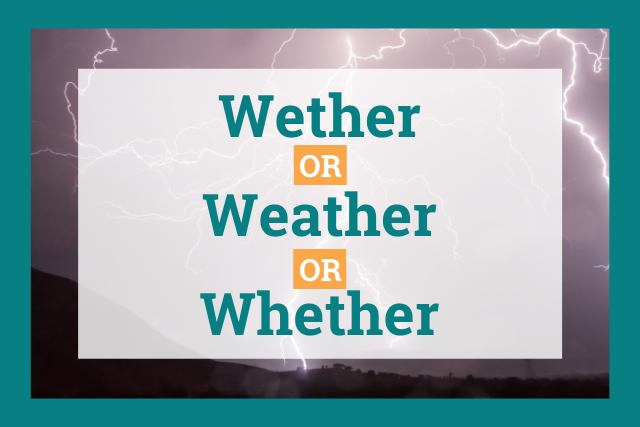 Grammar Rules
Wether, Weather, or Whether: What's the Difference?