Get Gatekeepers’ Attention with Your Script’s First Ten Pages

Get Past Gatekeeper Overwhelm

Script readers sort through hundreds of scripts. For your script to go beyond Pass to Recommend, your story must engage the reader.

These readers are often interns or assistants who have other duties, like answering the phone or ordering lunch, that will pull them away from reading your script.

And, readers have lives. Your script may make it to the top of the pile an hour before quitting time, and they have a hot date after that. If they’ve read eight or nine other scripts that day, your story needs to grab attention, so they want to keep reading.

They won’t toss your script after a few pages because their job is to provide coverage. They must read the entire script to assess the content and write coverage with a logline, synopsis, character notes, approximate budget, etc. Not only does a pile of scripts to be read accumulate reading time, they also have to write something about every script.

Your script must make them care about the story. That caring starts at the beginning.

Keys to Writing a Beginning that Grabs Attention

In the first ten pages of your script, you introduce the audience to your story world... visually. Begin with an image that sets the tone for the entire story.

If you haven’t already settled on an ending to your script, now is the time to do it. If you don't know where the script is going, how will you determine which pieces of information to highlight at the beginning? You have about ten pages to convince your audience that the film (your story) is worth watching.

The first ten pages provide the initial basis on which to judge the rest of the story. These pages provide just enough information to establish the story world clearly without giving away too much, too early. Now is the time to create just enough mystery to keep the audience wondering what is in store.

Write tight because you have a lot to accomplish in a very short space:

And, If that’s not enough, you should arrive at the inciting incident at around page 10. Your story’s first turning point. Generally, this happens in one of three ways:

The audience needs to know what your characters want and what could prevent them from getting what they want. Those questions make up the story’s premise, what the story is about.

As a writer, that is your landing point for page 10. You’ve created the story beginning.

The Two “U”s: Unique and Universal

Your script must convince the reader that it’s worth turning into a film. When they Recommend, they’re saying your script idea is worth spending hundreds of thousands or millions of dollars on producing. They see your story as standing out from the hundreds of other scripts they’ve read. And, they feel the story has audience appeal that will pay for the dollars invested in the film. Your story needs to be unique and, at the same time, universal. 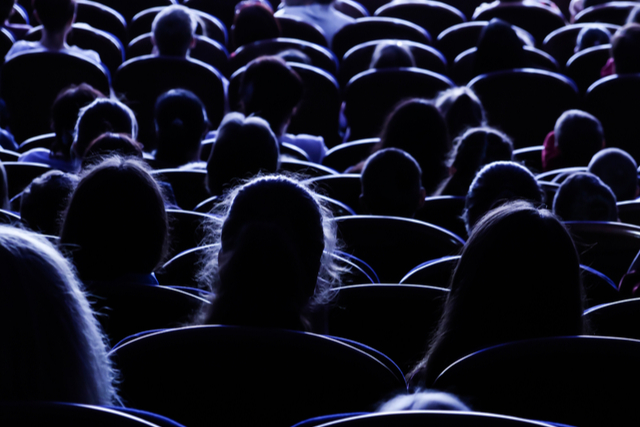 Approach your genre in an individual manner. Every story has been told. It’s up to you to tantalize, delight, and thrill in a distinct story. Switching out a male lead for a female lead based on last season’s blockbuster, is not unique.

Ideally, every character is a unique, a one-of-a-kind combination of genes and experience. Therefore, how a particular character reacts to the events of his or her life is unique to him or her. Because reactions are character-specific, their possibilities are endless. More than any other aspect of storytelling, how you handle your characters’ reactions spells the difference between originality and cliché…

Character reactions pose audience empathy questions about how they would react in the same situation. From a reader to that viewer in a theater, you engage your audience with your character. It’s that empathy engagement that keeps the reader reading your script.

While your story is unique, theme creates the universality to connect with a wide audience. You location may be a small town, but the theme, the big question behind your character’s actions, must resonate at a broad human level.

A movie or a book is like a seduction. It’s like a legal brief, a sales pitch, a TED talk. If it’s going to work, it must be focused. It has to make one point – and make that point with all the concentrated power it can muster.

Frame each character’s role in relationship to your theme. Your theme is normally framed around a moral question. A big question. Is it right for man to control nature? Where do you find truth in a morally corrupt world?

The universality of the big question resonates with your audience, because whether they know it or not, they ask the same question. A reader, a producer, a director, a viewer will all be hooked with the moral quandary of the theme.

You can introduce the theme in the first ten pages, by confronting your protagonist with a small question that mirrors the big theme. 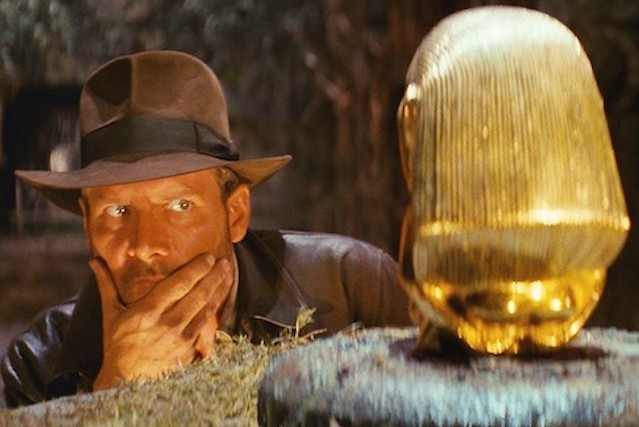 The best way to learn is to read scripts of your favorite films where you cared. How do they get the action going? How do they introduce the main character(s)? How do they hint at the theme? From Raiders of the Lost Ark to The Devil Wears Prada to Lock, Stock, and Two Smoking Barrels, the beginnings of great films reel the audience into the story.

As you draw your audience into your story, avoid these common first-pages mistakes that prevent the reader from caring.

Mistake 1: The Everyday World Is Boring

Start your first scene the way you would any other scene: enter at the last possible moment. A close-up of an alarm clock with the camera pulling back to show your protagonist’s bedroom reflecting where he lives while he gropes to turn off the alarm is not the beginning of the story. Get your protagonist out and about and in action. Give them a small problem to resolve that foreshadows the theme.

Exploding helicopters or naked bodies writhing in bed that do not reflect the genre or the story are not a hook. A hook gets the audience involved in the story. It will be obvious to the reader that you don’t understand storytelling. Cut.

If you can’t see it, it doesn’t belong. As you introduce your character, skip telling the reader that Joe had a bad childhood and that’s why he’s shy/arrogant/quick to flare. You can describe a loping gait or an ever-present wry look to your 32-year-old librarian. Just leave it at that. If backstory details are really important, sprinkle them in with dialogue later in Act II.

If demons haunt your protagonist, show us later. Show the audience they are sleepless because of a recurring nightmare. Starting with a nightmare based on some earlier trauma doesn’t get your audience into the story. First things first, introduce us to your character in their everyday world.

Your screenplay isn’t about how clever you are. It’s about telling a story that the reader will understand. You’re not out to challenge industry standards. Tell your unique story within accepted industry guidelines. Use The Screenwriter’s Bible as your guide. Demonstrate that you are part of the industry by working in script-writing format. Save your brilliance for the story.

The reader will notice if you didn’t check for grammar, spelling, and typos. Give your story the attention it deserves by eliminating the story stoppers that pull a reader out of the story. Much like ignoring formatting standards, your typos and grammar errors illustrate that you are not ready to be a professional. ProWritingAid works with Final Draft to help you polish your script before you send it out to evaluating eyes.

Let Your Story Do the Work

You’ve poured out your heart and spent time writing your screenplay. The first ten pages of your script introduce your storytelling skills. You want to draw the reader in, introduce your protagonist, confirm your story’s world, create its tone, and set its theme.

The time you spend on crafting your beginning compels your audience into your story. Now, you have roughly 100 pages more to answer the questions you raise at the start.