BlogThe Writing ProcessMining the Mind of Your Character

Mining the Mind of Your Character 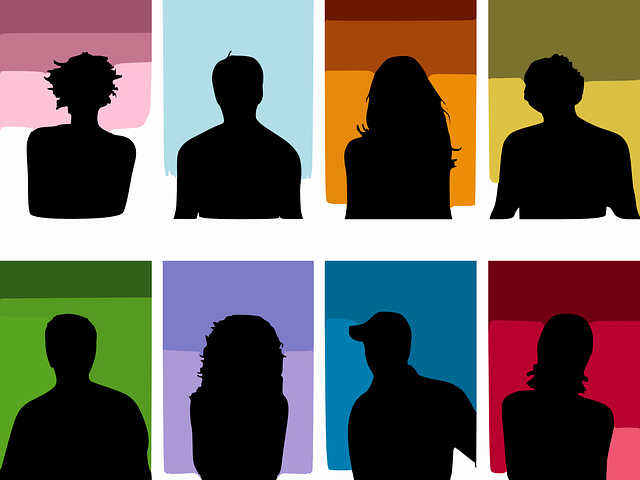 Controversy persists among fiction writers about whether plot or character is more important in allowing the story to unfold and keep readers engaged. An intriguing plot might carry readers to the end of a story even when the characters aren’t deeply drawn. And a memorable character can sometimes keep the pages turning even in the face of a weak plot. But effective storytelling skillfully and appropriately entwines the two to give readers an experience that is both memorable and satisfying.

The two vital storytelling elements of plot and character cannot be separated, and because the creative process is messy, non-sequential, and un-systemized, there is no right or wrong answer about which one you should attend to first in your work-in-progress. But we must begin somewhere. So let’s start with characterization.

We form opinions and beliefs about people—real and fictional—from their behavior. The middle-aged woman who volunteers weekly at the nursing home seems tender, good-hearted, and concerned about the care of the elderly. In The Hunger Games, when Katniss Everdeen volunteers herself for the games in place of her 12-year-old sister, she shows herself to be loyal, compassionate, and brave. In our minds, people and characters become what we observe them doing.

Thus, the most seductive way to develop a character is to show to the reader what the character does—but that’s also the easiest entryway into characterization. If all we do is show what our characters do, they can appear as stereotypes or caricatures. It’s the author’s responsibility to find a way to go deeper.

How would it change your perception of the nursing-home volunteer if you knew the woman’s mother had died five years ago, alone and neglected, found three days later by neighbors because the woman hadn’t been to check on her for two weeks? Learning that the woman volunteered out of a sense of guilt rather than from a place of caring is likely to alter the way you think about her.

But what if you also learned the reason the woman hadn’t checked on her mother for two weeks was because she’d flown halfway across the country to be with her adult son who was in a coma from a skiing accident?

People and characters are far more than what they do and say. They have a past, and every morsel of the character’s backstory that is revealed can shift our perceptions of them. And they have motives too, often unseen. Those motives give the character’s actions a moral value.

One of my own characters taught me the importance of understanding a character’s past and motives. The antagonist in my novel-in-progress is so unlikable that I struggled every time I attempted to draft the parts of the story where he had to appear. Though I hadn’t written out the scenes that he would be in, I knew what he would do in the story, and I hated him for it.

I spent months avoiding him, writing around him, filling out the scenes he wasn’t in. Until I couldn’t avoid him any longer. I forced a scene with him in it and the result was a cardboard standup, a one-dimensional stereotype.

I had to find a way to make him something more than the behaviors I hated him for or else I would never complete my manuscript. I felt that understanding him better might somehow shift my perception of him enough to be able to write him. I had to go deeper than his actions. I needed to get into his mind, and I had to find a method for doing that.

One day, I came upon an author Q&A article in a magazine. I’m sure you’ve seen them—those back-and-forth interview-type articles in which a journalist poses questions in writing and the person being interviewed—in this case, a novelist—responds. I wondered, what would happen if I did that with my character?

And so I began an interview.

Getting to a Meaningful Question

I wasn’t sure what to ask my character at first. I began with the obvious questions: How old are you? Where do you live? What are your hobbies? Education level? Mannerisms? Style of dress? And on and on about the basic, expected attributes of any character. I typed out the questions in bold just as in the Q&A article, followed by my character’s responses. But those shallow questions didn’t yield anything that felt valuable or vital to the story I wanted to tell, and they certainly didn’t help me see him with any more compassion or less judgment than I did before.

I had to ask better questions. The first came in a single word: beyond what the character would do in the story, I needed to know why.

What Came Before That?

Repeatedly asking my character “Why?” eventually ran me into a corner and had my character stuck in the present-day of his story, and I sensed not giving me fully honest answers. I needed him to back off and look over his shoulder into his past. A second simple question took him there: “What came before that?”

I repeated this question until he revealed something to me that I didn’t understand or that I wanted to know more about. At that point, I would interject another “Why?”

Soon I realized that repeating and alternating these two questions of “Why?” and “What came before that?” opened up a backstory that provided some clarity about his motives and about the kind of person he had come to be.

The repetition of my questions “Why?” and “What came before that?” served the purpose, not only of gaining more from the character, but also of avoiding cliché. More often than not, the first answer I got, and sometimes the second too, seemed formulaic or bland. Asking the question again often led to something more interesting and unique. Not always, because sometimes the first answer was exactly right, but it was worth the exploration to make sure I avoided creating a shallow, stock character.

As I explored the character through those two questions, I came to know him better, just as we get to know real people through conversation over time. The interview technique with just these two questions had been so effective I could have stopped there, but I was now intrigued by the character. Understanding him better had lowered my previous resistance.

This new curiosity led me to ask him even better questions, specific to him and to his life experiences: "How big was your family farm?" "Did you grow anything besides tobacco?"

I devised questions that were direct comebacks to the opinions, values, and attitudes he revealed to me in his previous responses: "So you don’t value the art your youngest son creates?" "You aren’t proud of him the way you are your oldest boy?" "What about your daughters; are you proud of them?" Like a tennis match, my character and I lobbed question and answer back-and-forth.

Posing these value-and-opinion type questions to the character in present tense gave an immediacy to them and brought the character to life more vividly. Interestingly, it also made his responses come more quickly. Like real people, he was eager to share his opinions and attitudes, and to tell his story from his perspective.

If you’re having trouble developing a character, try using this Q&A interview exercise. It’s especially effective with the protagonist and antagonist, and could be used with your most important secondary characters too. You’ll likely learn a lot about them that you won’t need to use in your story or novel, but all of it will make your story better and those characters more believable.

Then put your characters into as many different situations as you can dream up. Apply the interviewing technique again and ask them, “Then what did you do?” Remember not to settle for the first, probably clichéd, answer.

Make their life hard by putting them into situations with challenging or contradictory choices. See what decisions they make and actions they take in those situations. Look at how those decisions and actions might have been (probably were) influenced by their past, which you know more about already from your previous interview with them.

Again, you might write them into scenes and situations that don’t end up in the book, but the more situations you place your character into, the more challenges and choices they must make and the more you’ll learn about them. And the more intimately you know the character, the more plausible their role in your story becomes.

Gina Edwards is a retreat leader, certified coach, and editor. She's also a writer, so she's well-acquainted with the challenges and elation that come with being one. Walking the writer's path with her students and clients, she helps them establish a writing practice and define a creative life on their own terms. She supports aspiring and published writers who want to write as an act of courageous and necessary self-expression. Connect with Gina at www.AroundTheWritersTable.com. 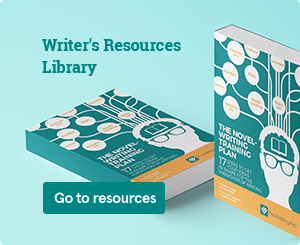 Improve your grammar
This blog has such a ring of authenticity. I have discovered that I really need to create a history for my characters - as you say, whether or not even one word of that gets into the story--just so his past can inform his present and future actions, mannerisms and speech and make him three dimensional and able to evoke more complex emotions from the readers. It was good to read this because I often need to be reminded to dig deeper to create a richer, unique character. Thanks!
By PersisGranger on 09 November 2019, 08:44 PM
This has article has lot of useful information. I think it would be especially useful for someone who needs help with realistic dialogue.
By bonnieclarkson3 on 09 March 2020, 05:38 PM 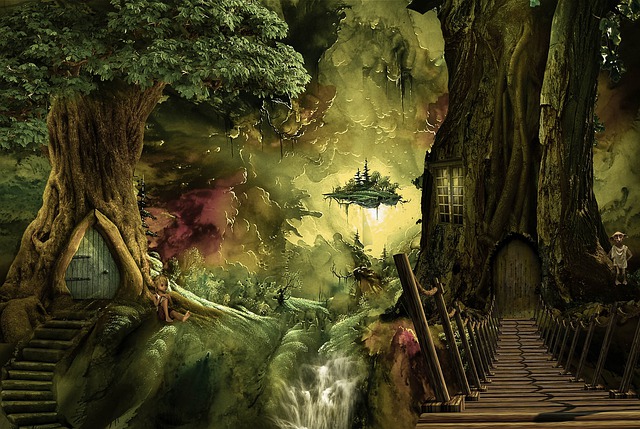 The Writing Process
Everything You Need to Know About World-Building 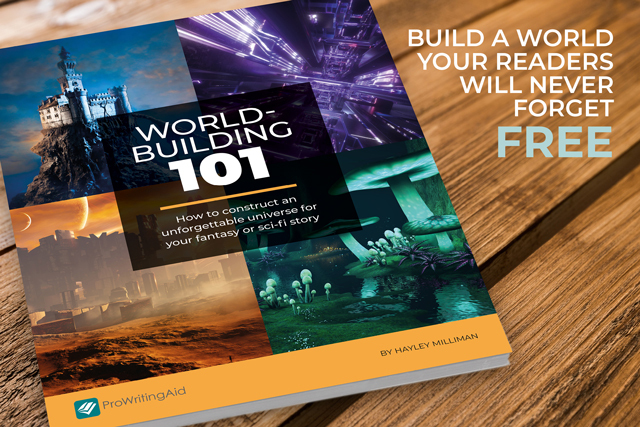 The Writing Process
How to Build a World For Your Story